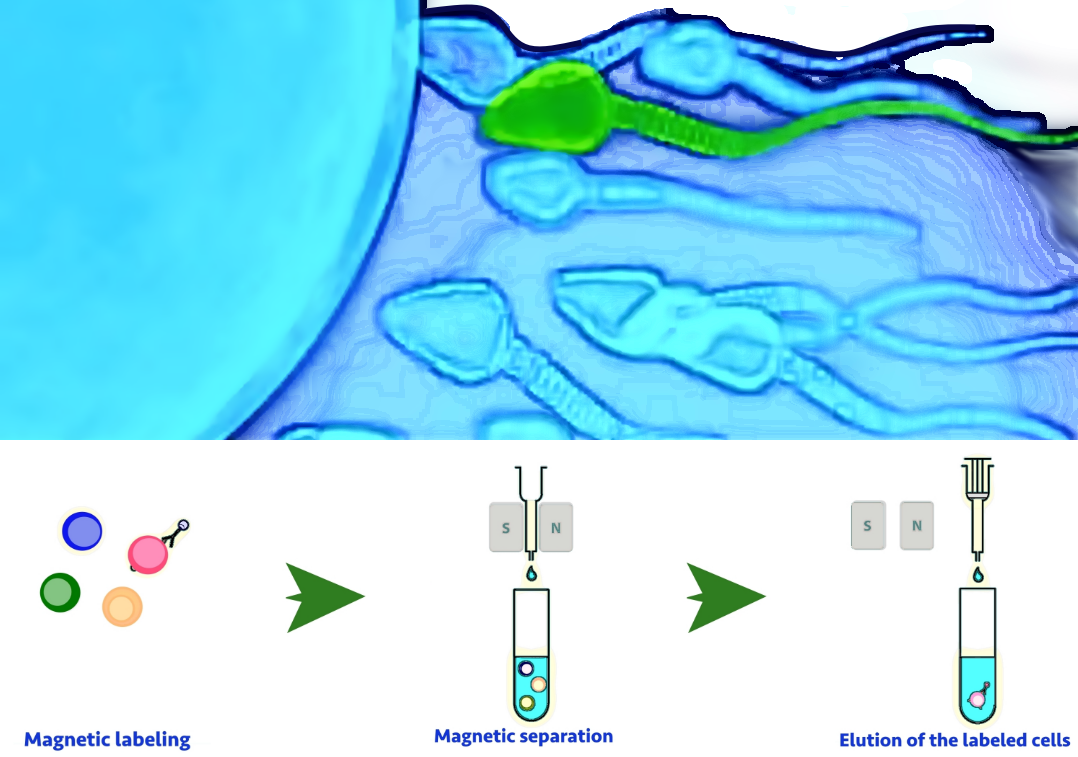 Magnetic Activation Cell Sorting (MACS) is a technique that separates healthy mature sperms, from unhealthy once. This provides dual benefit. Firstly, we are left with only healthy quality sperms which when used for IVF or ICSI give better fertilization. Secondly, if the unhealthy sperms stay in the same sample, they harm and destroy the healthy sperms also, rendering the complete sample of no use.

The unhealthy sperms are termed as apoptotic sperms, which have high levels of DNA damage.

MACS technique is mainly used in

♦ Heavy Smoker or presence of Vericocele

Before the separation, damaged apoptotic sperm is labelled with magnetic nanoparticles & then they are put through the column where these sperms are captured.

Intact live sperms flow through the column & are collected for fertilization technique in assisted reproduction.

Because unhealthy sperms (apoptotic) have been removed, there is no chance of formation of abnormal embryo, because only healthy sperms can fertilize the oocyte.

Just one word about PICSI. It is an extra step in ICSI, where a special enzyme known as percolate solution is added to sperms to increase the chances of insemination.

What is DNA fragmentation?

DNA fragmentation means the DNA does not stays in normal form. It breaks or separates into stands. This abnormal genetic material gradually accumulates in cells giving short life span to sperm.

Sperms with fragmented DNA have no life outside body. Moreover, those have less fertilization power.

The Degree of DNA fragmentation in cell can predict outcome of IVF and ICSI.

MACS is an efficient method to select functional sperms & improves pregnancy rates. It can be used to complement the standard sperm selection methods in assisted reproduction. Male infertility success rates are improving due to these additional selection criteria.

Akruti IVF was the pioneer in starting this test in Mumbai region. Even now it’s available at very few fertility centres. This additional test applied to sperm sample extracted through TESA, PESA give excellent results with procedures like IVF, ICSI, PICSI. 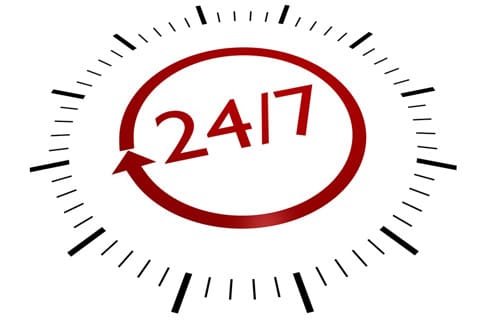